He begins with a bit of subtle humor, “It’s good to be back with you. Apparently I was a little missed.” A slight grin on his face as he chuckles and reviews the notes neatly assembled on his podium. The President recently fired the giant who was in charge of the investigation against his campaign and his latest scrawlings on the internet take us back to a time when uncertainty over the future of the office was at it’s peak. When guests in the oval office were subject to being put on the record. Not of the public record, but one inevitably of evidentiary purpose.

It’s his first day back on the job. There are already talks of permanent replacement candidates for the position. Will they replace him? In this inexperienced administration is it not fitting that the right man for the job is the butt of the most widely covered segments on SNL? Will they make the Governor’s daughter permanent or are they going to go to the administration’s favorite news channel archives to find a suitable replacement? Hopefully the other candidates wont bring up the Fuhrer in the job interview.

He’s going to start by introducing the General who will discuss the boss man’s upcoming trip with an ostensibly religious pretext. The goal of fixing centuries of damaged relations with a trip to three countries is almost laughable, so the expectations need to be downplayed. At lease the General will serve as a significant reprieve for today since his comments will fill half of the allotted time.

On to more serious matters… Wheres the beef? China. The good news of the day is that these American cows will finally be allowed to reach their final destination on Chinese soil. Thank you, Mr. Kissinger. Let’s not forget to mention enhancements to the war on drugs and healthcare. Just the war on drugs, there is no war on healthcare, is there? That will get everyone’s mind focused on the important topics. A few more updates and it’s on to the daily interrogation. As he clears his voice based on his posture you can tell he notices some moisture accruing around his shirt collar, but anyone would feel the same under these lights. At least they make for good TV

After the first question, he sets the stage, “I assume you’re referring to the tweet.” Dammit, the first question! All of the preparation and updates and this is where their attention is? Those poor cows are never going to get to China with an attitude like that.  Now, it’s time to come up with an authoritative and clear answer to the question. After all, this is obviously an important topic to rise to the top. “The President has nothing further to add on that.” A well crafted answer which would make the strongest litigator red in the cheeks.

Next up he’s served a question on internet publishing and cold war adversaries. Not quite the change of pace he was hoping for, but afterall, he’s the right man for the job. Stick to the script, these wonks will retreat soon enough. Maintain eye contact; don’t give them anything.

They move along quickly with the third degree and the most feared matter, the giant whose term was recently adjourned, seems to be adorning the line of questioning like the bread in a club sandwich. Then they sneak it in like a pickle; a question on whether or not this regular lambasting will continue. Finally he will get his chance to retaliate, to throw it back like a record breaking home run ball. “And I think that’s where there’s a lot of dismay, and I don’t think it’s something that just alone the President feels.” Don’t smile, that’ll show them.

Most would think that a title like the right man for the job would be bestowed on the most talented, qualified, and experienced candidate. Maybe for your job, but not this one. For this job there is no qualifications list. This job requires the patience of an angel and the backbone of a mollusk. The strange mixing of characteristics which make for such gripping cable news footage and entertaining parody on the regular. The questioning continues at a feverish pace, each either seeming to build like a combination on the last or to spin you around like a roundhouse you don’t see coming. The final blow is dealt swiftly, “You don’t have the full picture when you stand at that podium?” 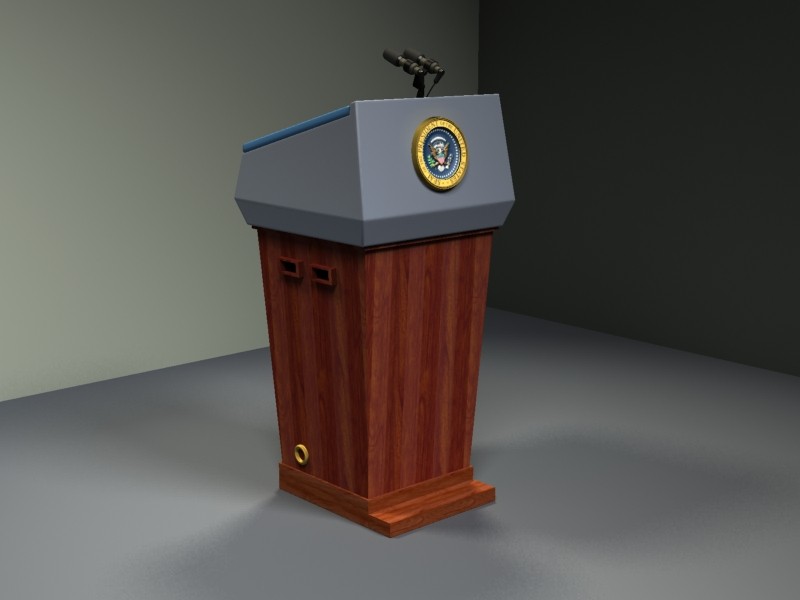