This post is a bunch of generalizations wrapped up in a clouded, fragile opinion which has a high propensity to be proved wrong. In the time since I began writing this to the time I published it there have been many more public disputes over the issue of Bitcoin and whether it is a bubble, the future of currency, both, or neither. In addition, the price of one Bitcoin increased from the equivalent price of about two ounces of gold to three ounces and back down again. In my opinion, Bitcoin isn’t worth one dollar, definitely not worth multiple ounces of gold, but it could, hypothetically, be worth an undetermined number of Bancors. 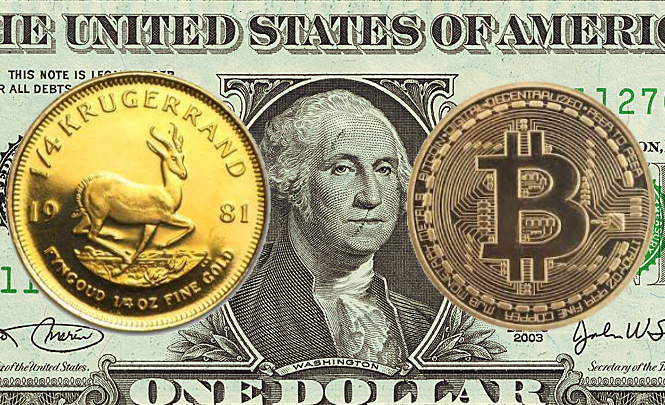 Bitcoin is a digital currency which was created in 2009. The creator of Bitcoin is still officially unknown although it is attributed to an individual named Satoshi Nakamoto. Bitcoin is a type of cryptocurrency where balances are kept using public and private “keys,” which are long strings of numbers and letters linked through a mathematical encryption algorithm. The public key serves as the address which is published to the world and to which others may send bitcoins. The private key is intended to be a secret which is used to authorize Bitcoin transmissions. In this way there are no physical bitcoins, only balances kept on a public ledger where all Bitcoin transactions are verified by computers.

The computing power required to broadcast and verify Bitcoin transactions is given by “miners” are motivated by the release of new bitcoin and transaction fees paid in bitcoin. These miners can be thought of as the decentralized authority enforcing the ongoing stability of the Bitcoin network. Bitcoin mining is the process through which bitcoins are released to come into circulation. Basically, it involves solving a computationally difficult puzzle to discover a new block, which is added to the blockchain, and receiving a reward in the form of few bitcoins. As more and more bitcoins are created, the difficulty or the amount of computing power involved increases. The mining difficulty began at 1.0 with Bitcoin’s debut back in 2009 and as of November 2017, the mining difficulty is over one trillion. New bitcoin is being released to the miners at a fixed, but periodically declining rate, such that the total supply of bitcoins approaches 21 million, which creates a finite bound on the monetary supply.

To transact in Bitcoin, a transaction needs to be digitally signed using a the private key. While there are preventative measures one can take to protect their Bitcoins, if the private key is lost, there is no backup and the coins are essentially lost. Although the private key is digital it is susceptible to loss in a physical sense since it is private and maintained on a physical computer.

In July of 1944, although things are winding down, the world is still at war. A conference was held at the Mount Washington Hotel in Bretton Woods, New Hampshire. Representatives from forty-four Allied countries met to plan how the worlds financial system would function after the war. It was at this conference that organizations like the International Monetary Fund were created. There is a well publicized dispute between the representative from the United States, Harry Dexter White, and the representative from the United Kingdom, the ubiquitous John Maynard Keynes, over specifically what currency should be used for international exchange.

Keynes proposed the world adopt a new currency called Bancor which could only be exchanged through the International Clearing Union. When a country exported goods Bancor would be added to its ICB account, and when a country imported goods Bancor would be subtracted. The goal was to prevent countries from racking up too large of a trade surplus or deficit. If these grew too large the countries currency would be appreciated or depreciated as needed to rebalance trade. In other words, countries could exchange gold for Bancor, but not Bancor for gold.

In this way Bancor was a precursor to Bitcoin in revolutionizing the accountancy for currency. It essentially was a centralized ledger for managing a statement of accounts, and while not backed by any underlying asset, would have an agreed value by all market participants. Long story short, White won the argument and the US Dollar is the reserve currency of the world.

Ever since the United States dropped the gold standard beginning with FDR and culminating with Nixon, the U.S. Dollar has been a fiat currency, or currency not represented by an underlying commodity. Although these fiat currencies have no intrinsic value, they are backed by the full faith and credit of their issuing government. In most financial theories there is a concept called the risk free rate which is the theoretical rate of return of an investment with zero risk. The risk-free rate represents the interest an investor would expect from an absolutely risk-free investment over a specified period of time. In most cases the three-month U.S. Treasury bill is a useful proxy because the market considers there to be virtually no chance of the government defaulting on its obligations. While this is not really risk-free, U.S. debt is the commonly accepted vehicle of the least risky asset you can own, which means that a currency backed by the full faith and credit of the U.S. government is a relatively safe asset.

Another simple example of the benefits of fiat currency is damage. In the case of U.S. currency damaged bills can be easily replaced at a financial institution if they clearly represent more than half of the bill. Even if the bills are further damaged or mutilated, such as in a fire or flood, there is a process to replace them at the Treasury’s Bureau of Engraving and Printing.

Many feel that fiat currencies are only backed by belief, but the distinction comes in what the belief is in. Fiat currencies are backed by belief in law and government, and are a universally accepted means of exchange. Yes, it is possible that the fall of a country’s currency can occur with hyperinflation, which was witnessed in Zimbabwe, but these occurrences are rare and typically surrounded by a larger turmoil in which case access to electricity or the internet which are required for Bitcoin to function would also most likely be scarce to acquire.