This is our current White House strategy for dealing with the news coverage surrounding their corruption. Flood the media with so much information and misinformation that no one without mystical abilities can discern the difference or put together a coherent story worthy of discerning to begin with. But it only takes one poof ball. 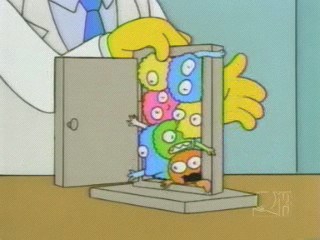 Treason is defined in United States Constitution Article III section 3 as the following:

“Treason against the United States, shall consist only in levying way against them, or in adhering to their enemies, giving them aid and comfort. No person shall be convicted of treason unless on the testimony of two witnesses to the same overt act or on confession in open court.”

It is in fact the only crime defined in our founding document so, you know, kind of a big deal. It’s also one of a handful of federal crimes that carry the death penalty.

The 5th amendment to our constitution states:

“No person shall be held to answer for a capital, or otherwise infamous crime, unless on a presentment or indictment of a Grand Jury, except in cases arising in the land or naval forces, or in the Militia, when in actual service in time of War or public danger; nor shall any person be subject for the same offence to be twice put in jeopardy of life or limb; nor shall be compelled in any criminal case to be a witness against himself, nor be deprived of life, liberty, or property, without due process of law; nor shall private property be taken for public use, without just compensation.”

The underlined part is what is probably the most well-known and actually the most relevant to the topic. It was later defined in case law to pertain only to answering specific questions.

As of May 22nd, 2017, just four months in to President Trump’s First term, Michael Flynn has incorrectly invoked his constitutional 5th amendment rights and threatens to be that “slight breeze”. In doing so, he has tactfully tried to cast shade over the fact that if he turns over the subpoenaed information, the punishment for non-compliance is less than what the punishment would be for compliance. For not turning over this information he faces a possible lifetime of 1 year federal prison sentences for being held in contempt of the Senate. These can then be pardoned by the president of course but that’s completely useless as the senate can then immediately subpoena again and hold him in contempt before he even gets out. So, what could be worse than spending the rest of your life rotting away in a federal jail cell? Letting a special prosecutor shorten your stay with a conviction. General Michael Flynn has graciously allowed his life to be extended by accepting his conviction in the court of public opinion rather than face questioning and possible prosecution by Robert Mueller.

This isn’t even the first time he’s threatened to be a slight breeze. In the waning days of March, Flynn was rejected by the Senate Intelligence Committee investigating the Trump campaigns involvement with Russian officials for the immunity he sought in exchange for his testimony in their probe. This came less than a year after General Flynn found himself stumping for then candidate Trump on “Meet the Press” and said “When you are given immunity, that means you probably committed a crime,”. SHAME! But, what if he asks again? Now that it’s turned into a criminal investigation, things change a bit. In a criminal investigation immunity becomes a bigger carrot for both sides. Without immunity General Flynn’s future is, at best, three hots and a cot until natural causes releases him from the burden of counting himself amongst the ranks of the living. On the other hand, who is he offering to take his place? It could be no one. A rouse to guarantee his freedom. But pay attention if Immunity is brought up again because in criminal cases immunity is commonly extended, IF the person you are offering as a sacrifice in your stead is much higher up on the ladder than you. There are very few people who would be higher than a 3 Star Lieutenant General and National Security Advisor and all of them are poof balls trying to push through the inner circle of President Trump.

Of course, this final remaining plea could all be for naught if the investigation gathers so much steam that General Flynn’s testimony is no longer a “slight breeze” and becomes just another piece of candy on the conveyor belt in that episode of “I Love Lucy”. As Senator John McCain said, “Every time we turn around, another shoe drops from this centipede.”

All we’re left with at this point (about 12% into President Trump’s first term) is speculation on what spectacles may await in the weeks and months to come but comfortingly the potential list of valid hypotheses we can conjure is continuously shrinking. Some of them include “How long can Flynn hide in a penitentiary avoiding his inevitable fate” ” Who would cocoon themselves in a blanket of traitorous, backstabbing, craven, yes-men because they lack the backbone needed to fill those positions with competent advisors and not people who are only there to indulge your dementia riddled, narcissistic, ego?” and slightly further down the line, “how long do we keep calling someone the leader of the free world? the Commander in Chief? Mr. President? when he puts his needs of reaffirmation ahead of the will of the people and pardons a traitor to the people of the country he serves of the crime of treason?”